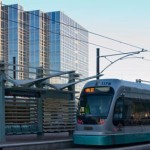 Through the Reinvent PHX grant, in partnership with the City of Phoenix, Artlink collaborated with Valley Metro in identifying three light rail stations for the display of artwork that will depict adjacent neighborhood’s critical cultural experiences.

A panel of stakeholders from each community met on Friday, July 25, at Phoenix Art Museum to review 28 Arizona artist portfolios that were submitted for the RFQ. Each group chose the artist that they felt would best capture the spirit and energy of their neighborhoods. Panelists included Jennifer Boucek, Dorina Bustamante, Ide Flores, Calvin Goode, Art Mobley, Kim Moody, Diane Miller and Tel Tucker.

The stakeholders will meet with the artists over the next week to begin the process. Concepts will be approved in mid-August, and finished pieces of art will be completed by early September. The finished pieces will be digitally reproduced as 94”H X 106”W mesh banners that will be affixed to the station platforms. In addition to the platform banners, the final images will be reproduced as posters and distributed to cultural organizations and businesses in the neighborhoods surrounding each station. All three stations are scheduled to have banners installed by the end of September.

Reinvent PHX is a collaborative partnership between the City of Phoenix, the U.S. Department of Housing and Urban Development, Arizona State University, St. Luke’s Health Initiatives and numerous other organizations committed to developing walkable, opportunity-rich communities connected to light rail. Reinvent PHX will create action plans for districts along the light rail system. The plans will establish a community-based vision for the future and identify investment strategies to improve the quality of life for all residents. This process will establish a new, transit-oriented model for urban planning and development along the city’s light rail system. For more visit http://reinventphx.org. 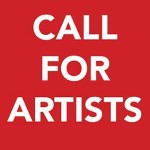 The Artlink board reserves the right to change the project timeline.

How to Apply
Artists interested in this project must prepare and submit: