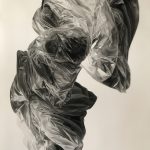 Exhibition to Remain Open at Park Central through February 7 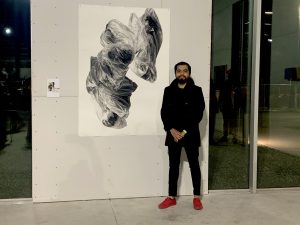 Three winners were announced at the opening of the 20th Annual Artlink Juried Exhibition, with the top $5,000 award going to Rigo Flores of Phoenix for his charcoal and gesso on paper artwork titled “164k.”

The announcement was made during an opening night reception January 23 that drew over 700 attendees to a temporary gallery space at Park Central, the new Artlink headquarters.

First runner-up and recipient of $1,500 is “(M)used,” a performance by Nicole L Olson of Phoenix.

Second runner-up and recipient of $750 is “Swampfish,” a painting by Eric Kasper of Phoenix.

The Juried Exhibition features 48 works by 48 Arizona artists selected from 156 submissions by a panel of esteemed jurors: Bentley Calverley, Liliana Gomez, Rembrandt Quiballo, Sally Russell, and Tricee Thomas, all of whom are esteemed members of Artlink’s Board of Directors. 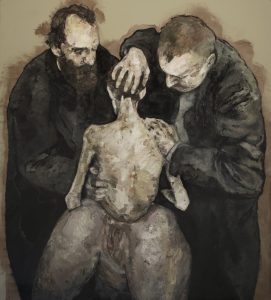 The exhibition will remain open to the public for two weeks at the newly renovated Park Central, 3121 N. 3rd Ave., in midtown Phoenix. The space will be open by appointment between Tuesday through Friday, from 1 p.m. and 5 p.m. through February 7.

The temporary gallery space is made possible through the support of Flinn Foundation, Virginia G. Piper Charitable Trust and Park Central.